Boxy is the first Mac client for Inbox by Gmail, built to support every Inbox feature, and to be fast and reliable, with a sleek interface that fits OS X and looks familiar to Inbox users. The app is designed by Fabrizio Rinaldi and developed by Francesco Di Lorenzo. 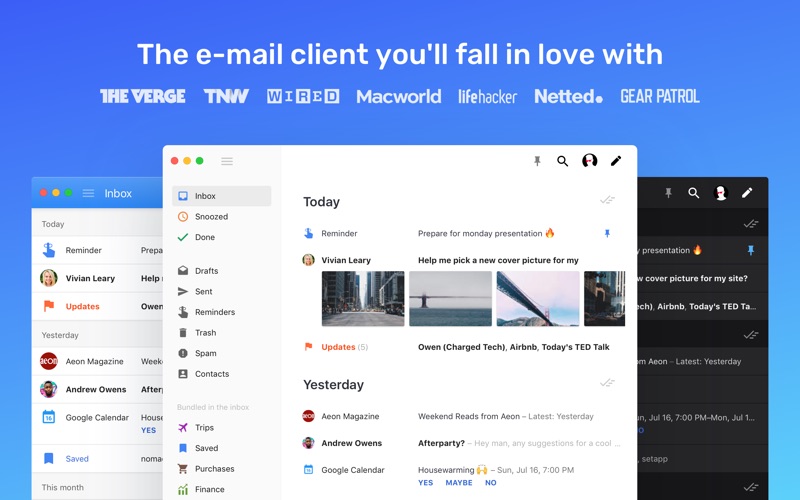