BoinxTV is the pioneering live-production software for video podcasters that turns any recent Mac into a TV studio “for the rest of us”.

Video podcasters currently have to spend many hours editing their takes to get a professional looking result. Post-production is a time-consuming part of their workflow. BoinxTV reduces the overall production time dramatically as cuts, graphic effects, titles and more can be applied during the recording of the show. Everything that can be done during live recording does not have to be done in post production. 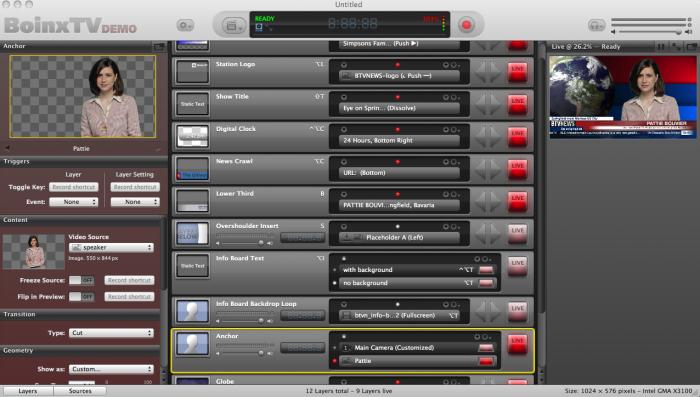