BlueSense analyzes the signal of your Bluetooth device and executes any desired actions when you move away or come back into proximity of your Mac. Decide what BlueSense has to do when your device is detected or when you are far from your Mac–and even when you are away for a long time. BlueSense triggers custom scripts when your Bluetooth device is detected, far-away, or not detected for a long period. 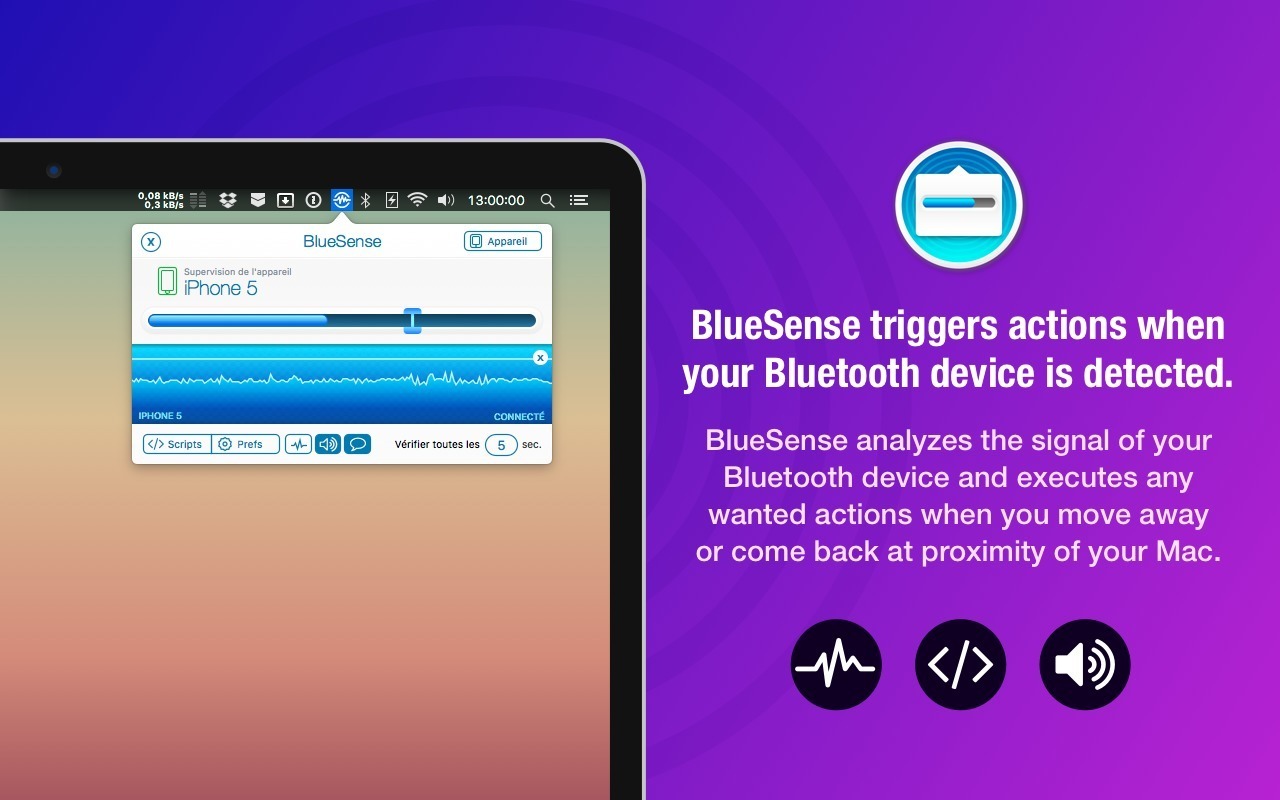