Beyond Compare 4.0.3 – Visually compare and merge files and folders.

Beyond Compare allows you to quickly and easily compare your files and folders. By using simple, powerful commands you can focus on the differences you’re interested in and ignore the rest. You can then merge the changes, synchronize your files, and generate reports for your records. You can compare entire drives and folders at high speed, checking just sizes and modified times, or thoroughly verify every file with byte-by-byte comparisons. Once you’ve found specific files you’re interested in, Beyond Compare can intelligently pick the best way to compare and display them. Text files can be viewed and edited with syntax highlighting and comparison rules tweaked specifically for documents, source code, and HTML. The text contents of Microsoft Word .doc and Adobe .pdf files can also be compared but not edited. Data files, executables, binary data, and images all have dedicated viewers as well, so you always have a clear view of the changes. 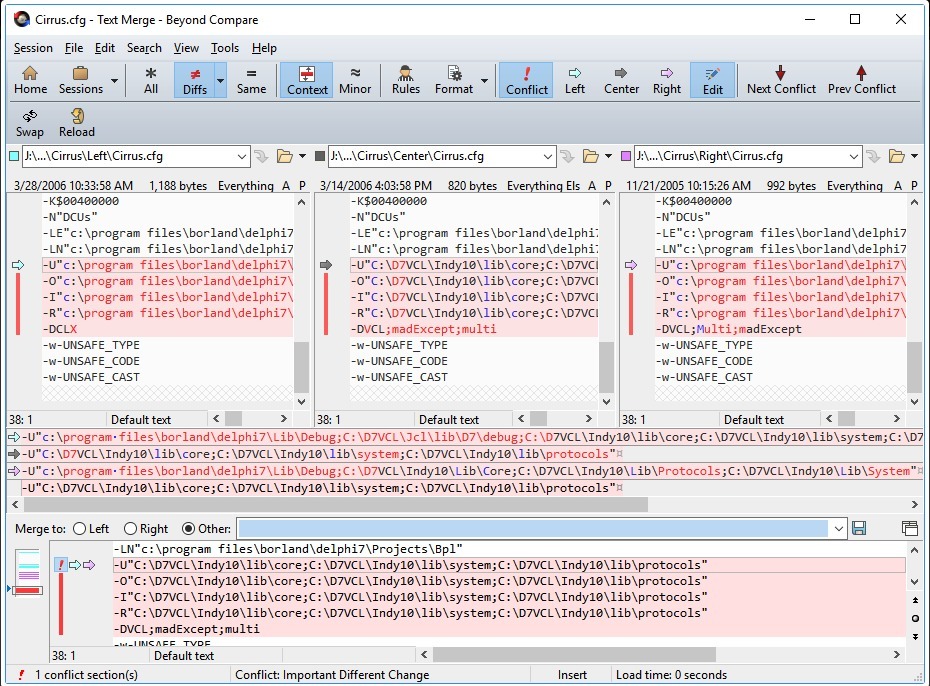