Better Blocker (was Better) is a web privacy tool for Safari on iPhone, iPad, and Mac. It protects you from tracking and behavioural advertising on the web by enforcing the principles of the Ethical Design Manifesto (ind.ie/ethical-design). 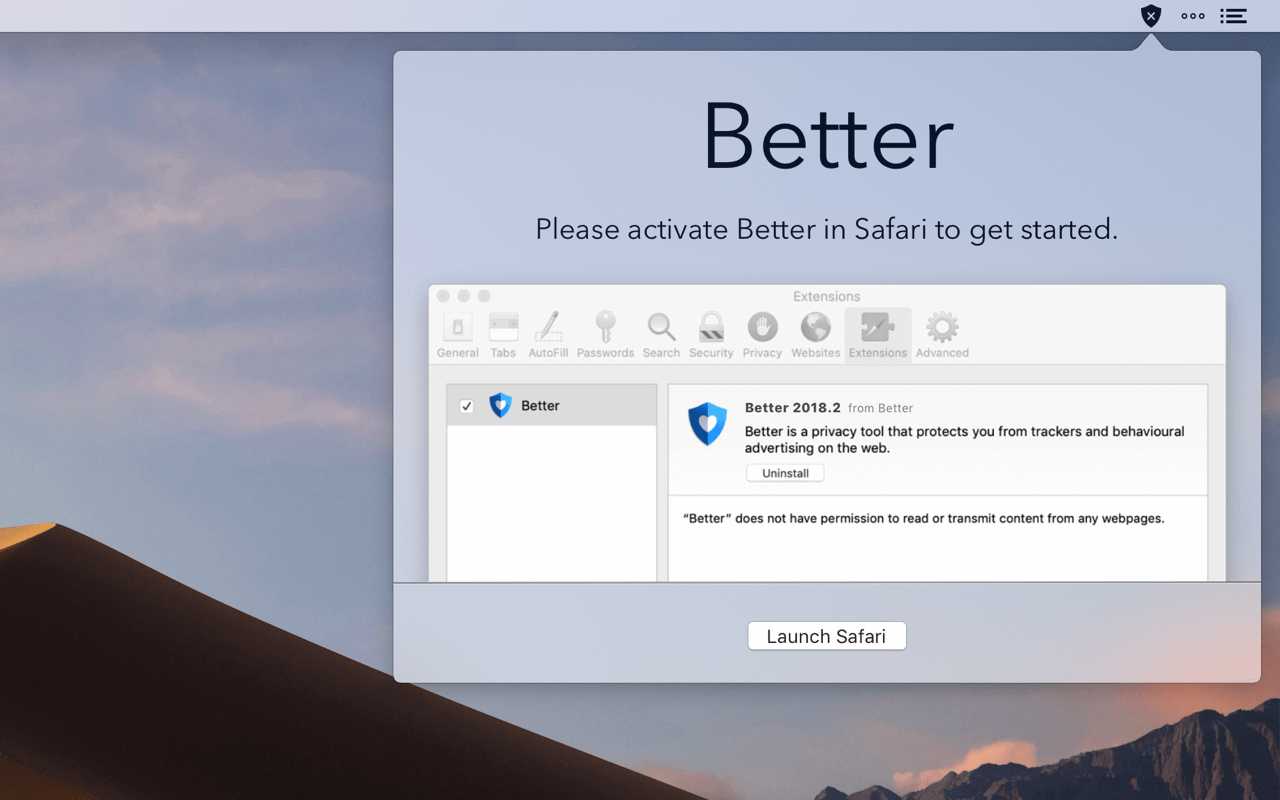