Bartender lets you organize your menu bar apps, by hiding them, rearranging them, or moving them to Bartender’s Bar. You can display the full menu bar, set options to have menu bar items show in the menu bar when they have updated, or have them always visible in Bartender’s Bar.

There are loads of ways to configure Bartender to perform as you wish. Give it a go and find out. 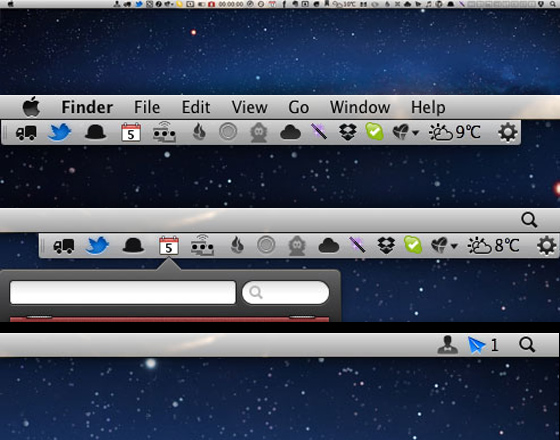