Most Macintosh freeze-ups, crashes and other failures are easily found. Broken software, a bad drive or some other troubled peripheral problem can be solved with some simple detective work. But then there’s that random, inexplicable problem that is never easily solved – a system that freezes when the computer is idle. Momentary lockups. The beachball that never goes away. Oddly-colored pixels that randomly appear or normal ones that inexplicably disappear. Even a random restart for no reason resulting in a loss of any unsaved work.

These problems are often the result of faulty memory. RAM is one of the few components that is handled by users, sold in bulk by the lowest bidders and is in such demand that many manufacturers don’t test modules as extensively as they should. And while a truly bad memory module will often show its faults immediately after installation, a partially faulty one will not. Which can lead to hours of diagnosing what seems like a normal problem that in reality is not normal at all.

That’s why Micromat has developed ATOMIC, the most advanced memory tester available for Macintosh. Two years in the making, we’ve created the most extensive RAM testing program ever made for Macintosh. Whether you’re an experienced technician that works on multiple computers a day or an everyday-user wanting to troubleshoot your own machine, ATOMIC was made for you. 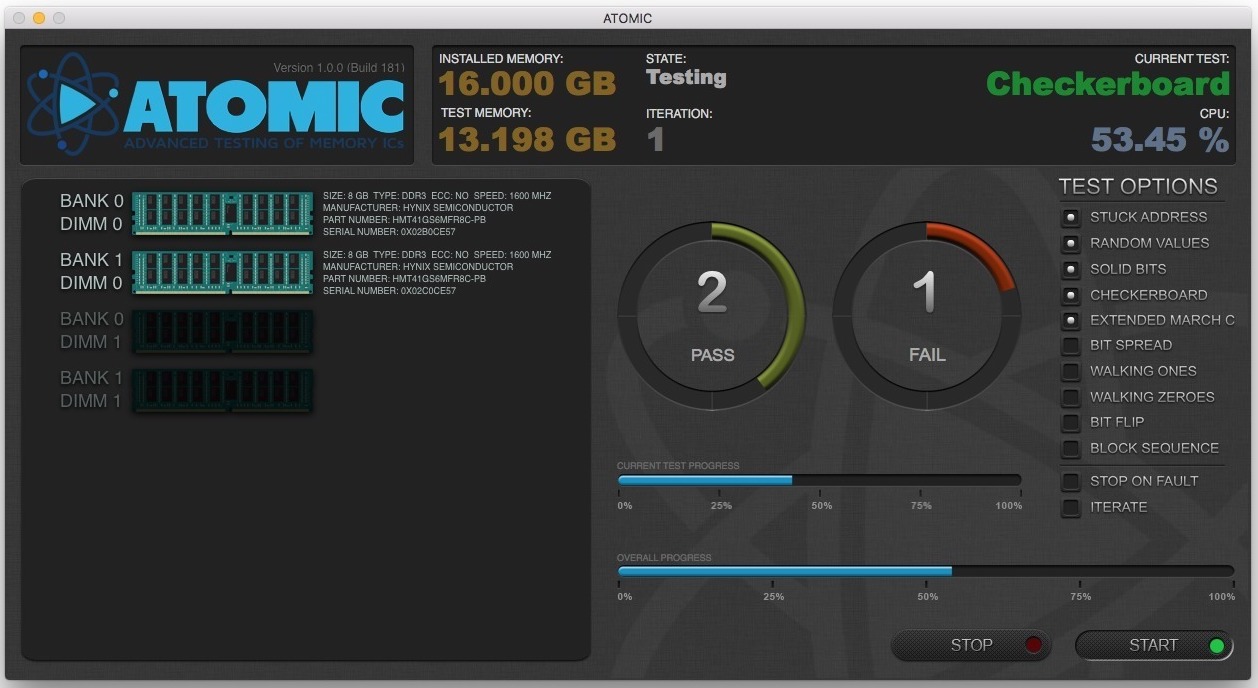