The app is perfect for illustrations, designing websites, user interface, laying out flyers and brochures, creating logos and icons.

Developed with precision and attention to what users need, Amadine offers everything you may require to bring the craziest illustration ideas to life. 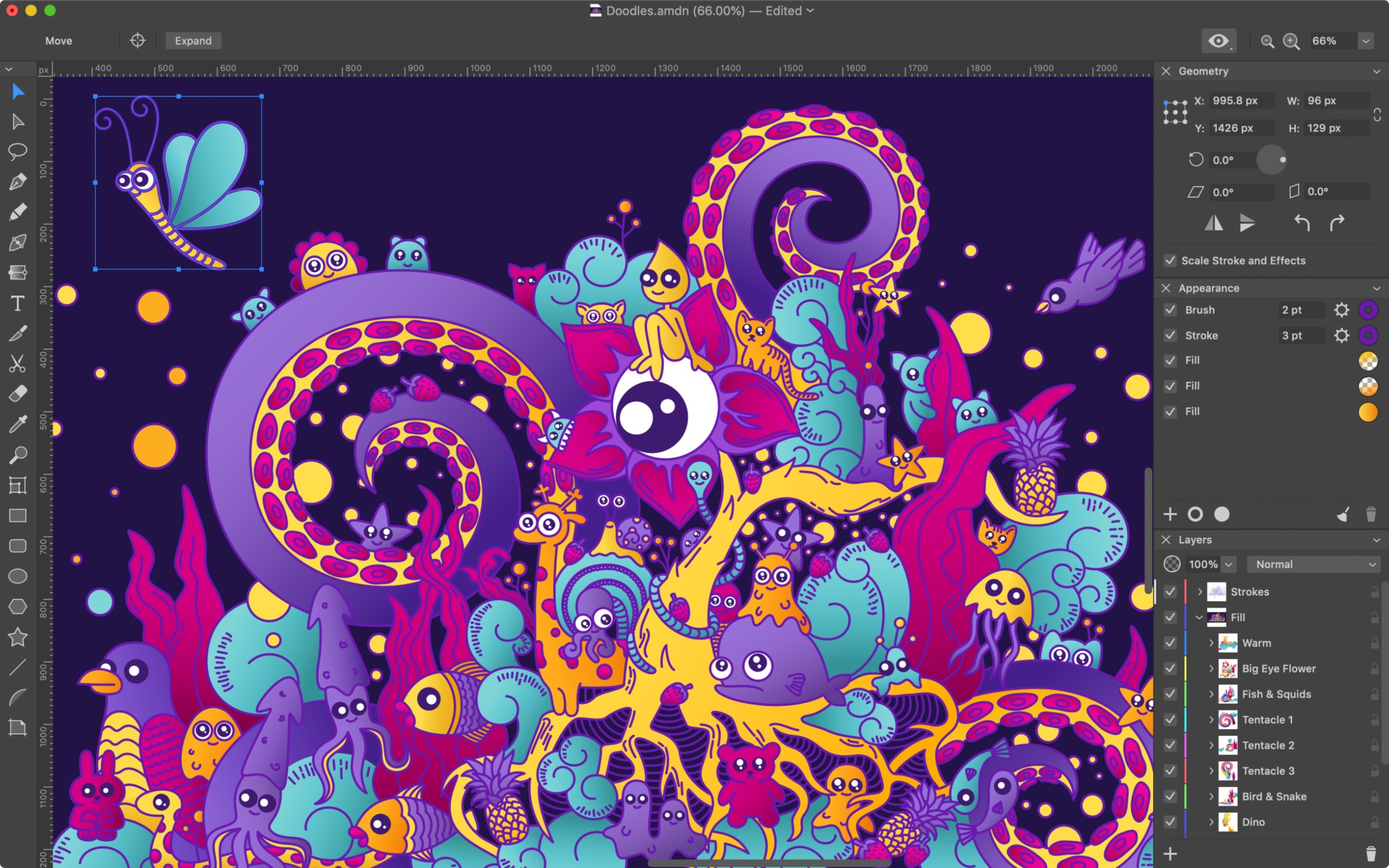