AI War 2 is a grand strategy/RTS hybrid against a galaxy that has already been conquered by rogue artificial intelligence. It’s also “a sequel to [Arcen’s] enormo-space RTS AI War, which we called ‘one of this year’s finest strategy games’ back in 2009” (Tom Sykes, PC Gamer). The most devious and acclaimed artificial intelligence in strategy gaming returns… with a host of mutual enemies. Face off against a more advanced version of the original AI, who once again has captured the entire galaxy leaving you only a tiny planet to yourself. Then strike out and find a way to cleverly outwit it nonetheless. All the new capturables, larger fleets, and hacking abilities are sure to help. (You’re going to need it.)

Or immerse yourself in a far more complicated galactic struggle involving the nanocaust, macrophages, dyson spheres, and more. Other factions each have their own goals, rules, units, and entirely unique economies. Make the scenario complicated enough and it can become “World War XV is in progress, you’re in a tiny farm in the middle of it, nobody likes you, but if you can just kill that one giant angry enemy leader this will all be over.”

If that sounds over the top — and frankly that bit is wearying to us to imagine even though some people seek it out — then take a break and maybe hack the all-consuming computer virus to be your ally, and convince the star-sized alien hives to watch your back as you take on a suddenly-less-arrogant AI.

It’s been ten years since the original AI War launched, and the gaming world has changed a lot — as has the available computing power on any device you’re using to read this. We’ve pulled out all the stops to build foes more formidable and intelligent than before, and to create simulations of hundreds of thousands of units running at 120fps in a lot of cases. You can speed up and slow down the simulation without any extra load on your CPU, and pause at will.

The interface respects your time by automating things that you would do the same 95% of the time anyway. For that other 5% there are indeed advanced features such as placing spy nanites, tweaking or disabling the rules of automation, or redesigning your fleet compositions as much as you want.

Sometimes when a sequel says it’s “streamlined,” it can really mean “dumbed down.” And there are indeed fewer tiny choices to be made in some areas here: you don’t have to decide how to wash each dish; you have a dishwasher. And it’s a good thing you do, to be honest, because the rabbit hole of complex and confounding scenarios goes as deep as you want it to.

All those bits where you make the interesting strategic decisions? Those bits are tougher than ever, and you can’t fall back on old boring habits to muddle through. You need your attention free to anticipate, to plan, to dream… and then throw those all aside and figure it out by the seat of your pants when everything goes sideways.

There’s too much to memorize (but tooltips are always right there, anyway), and there’s always an unfamiliar element. Clicking fast won’t help you. To win the AI War, you’ll have to improvise, adapt, and use your wits.

As it should be.

What’s New Compared To The Original?

Including DLC: The Spire Rises 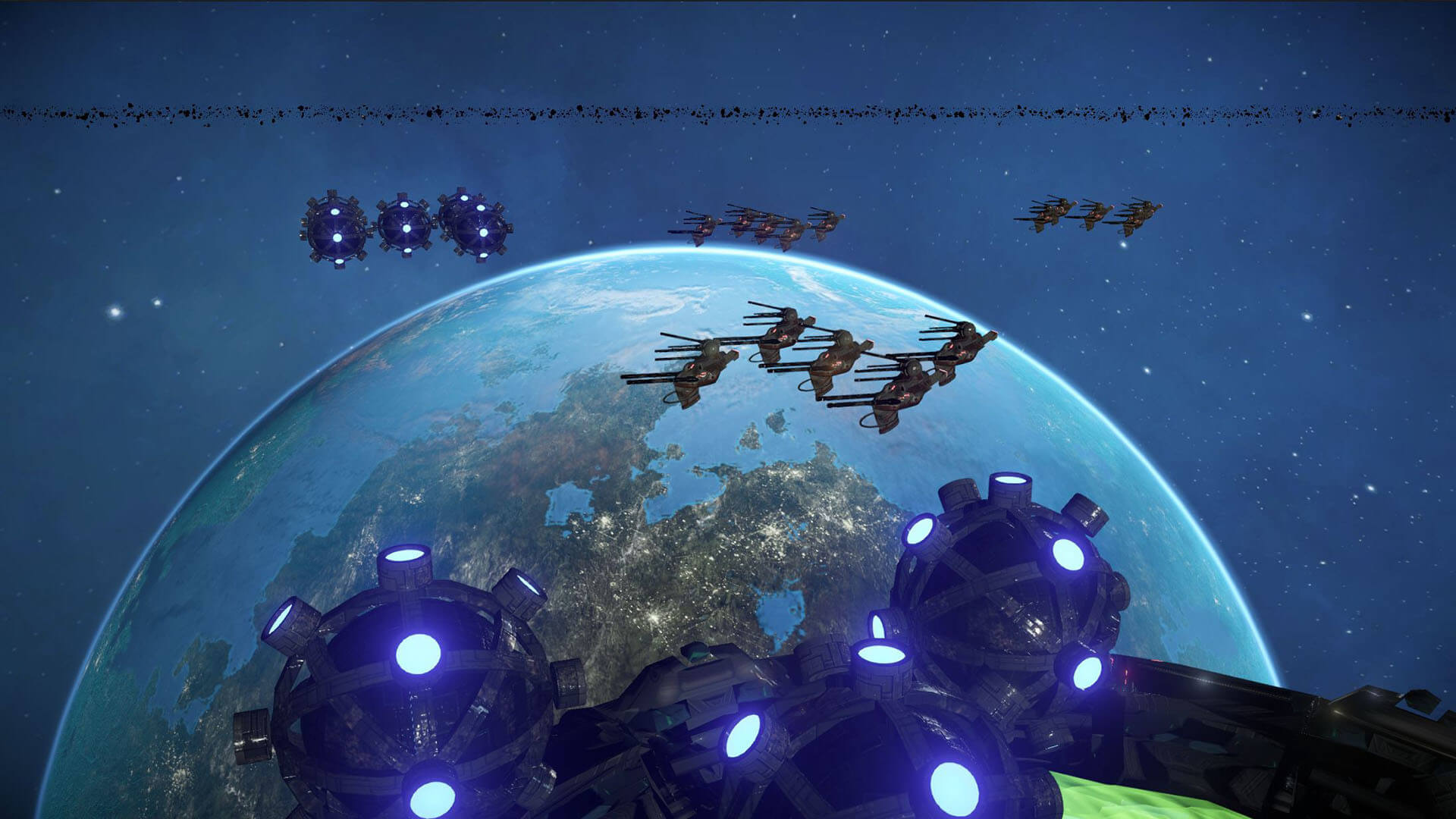