Oh wow, I’m actually kinda surprised you scrolled down this far…that’s awesome! My name’s Chris, and I’m so excited to tell you about my game! It’s a ‘90s-inspired adventure platformer about the totally normal adventures I went on as a chubby kid back in 1995 – traveling the world, learning useful abilities, and, naturally, getting kidnapped and turned into a balloon by cartoon villains. Thankfully, I escaped and learned to use my transformation as a kind of superpower. I got to learn all kinds of cool stuff – how to throw fireballs and lightning, how to bounce around like a basketball and rocket around the earth. It’s a neat story…I think. I really hope you’ll enjoy it – I had a lot of fun making it! 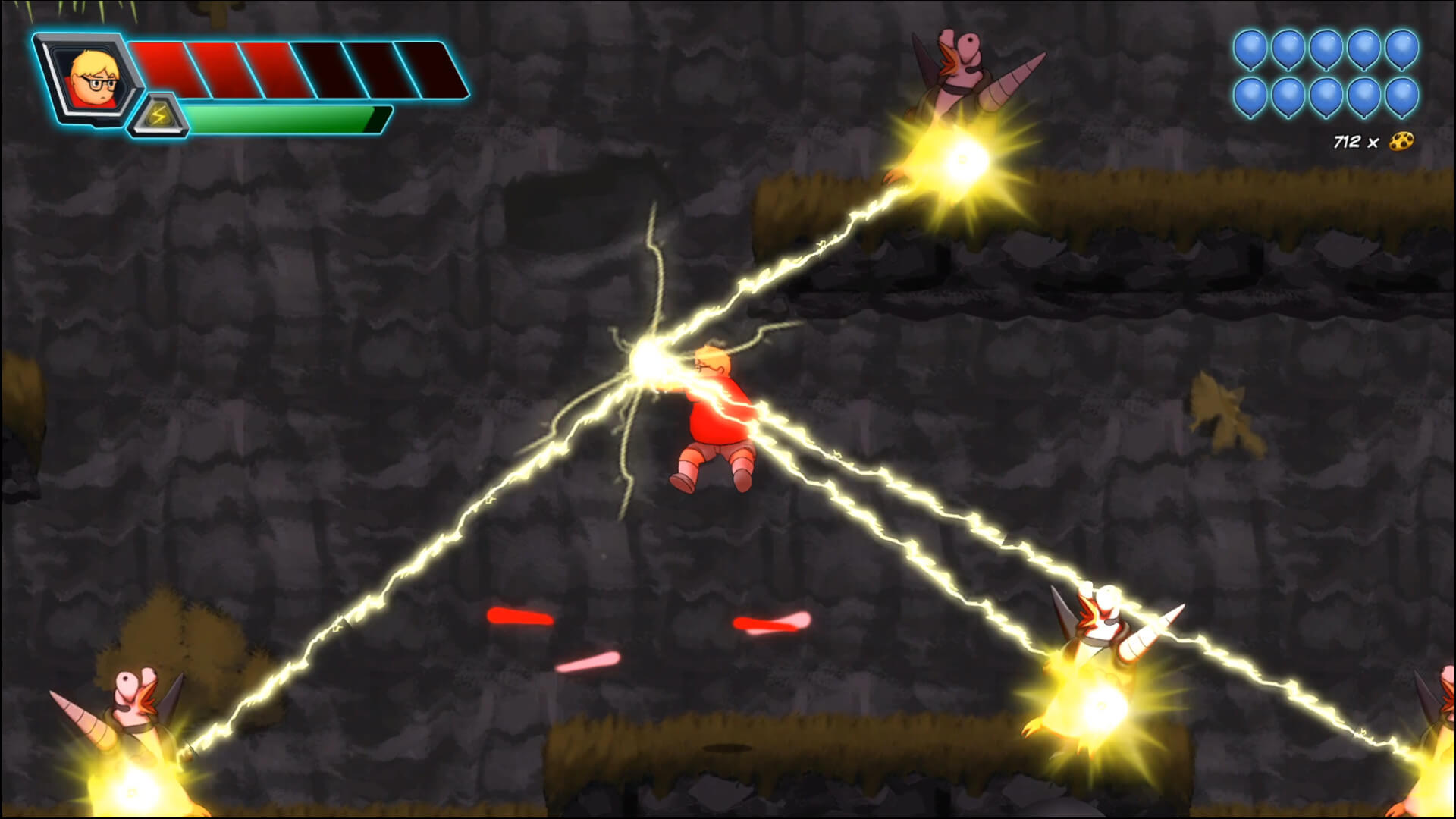